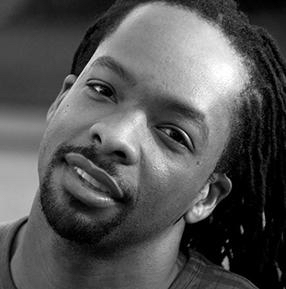 Asheville BookWorks, a community resource for print and book arts, continues Vandercooked Poetry Nights, its reading series that offers the public the opportunity to print a letterpress broadside at the series events. The upcoming Vandercooked Poetry Nights reading features award-winning poet Jericho Brown on Saturday, October 14, 2017. Printing begins at 7:00 p.m. The reading begins at 7:30 p.m. Hosted by BookWorks founder and director Laurie Corral, and poet Landon Godfrey, the event is free and open to the public.

Jericho Brown is the recipient of a Whiting Writers Award and fellowships from the Radcliffe Institute for Advanced Study at Harvard University and the National Endowment for the Arts. His poems have appeared in The New Republic, The New Yorker, and The Best American Poetry. His first book, Please (New Issues 2008), won the American Book Award, and his second book, The New Testament (Copper Canon 2014), won the Anisfield-Wolf Book Award and was named one of the best books of the year by Library Journal, Coldfront, and Academy of American Poets. He is an associate professor in English and creative writing at Emory University in Atlanta.

Broadside artist Landon Godfrey said, “Jericho Brown is an incredible poet and a marvelous reader. To design and print a broadside of a poem of his is an artistic honor.”